As promised in my last blog, I wanted to share a recap of my Children’s Book Fundraiser on March 1, specifically, how I organized and publicized the event with the hope of self-publishing my motivational book, Charlie STEPs UP to Lacrosse.

Me manning the front table for the 50/50 raffles. Doesn’t that chocolate mousse in the back look good?? It was!

First and foremost, I was extremely lucky that Brian Boru Restaurant and Pub was willing to let me host the event at their location without having to pay a fee to rent the space. My biggest recommendation when planning a fundraiser event is to keep your costs down as much as possible so that funds raised can go towards your cause and not paying off expenses like rentals, food, alcohol, etc. It worked out perfectly that Brian Boru offered a special 3-course menu, and $10 from each adult meal ordered and $3 from each kid’s order went to my charity. They even allowed carry out meals to count! Brian Boru also had drink specials and live music. It was a beautiful thing not to have to coordinate anything besides confirming the menu that Brian Boru recommended.

Next, I worked with Brian Boru to set a date a few months in advance, so I had some time to promote the event and collect donations from businesses for my raffles.

I began contacting local businesses to see if they’d be willing to donate gift cards, one-month gym memberships, and more. I picked businesses that my attendees would be most interested in and contacted many that I had some type of connection to, and one’s that I frequent on a regular basis.

When contacting businesses, I included a personal note of why I’m a fan of their business, and why it would be a fit for them to donate. Rockwell Fitness, The Cottage, Kicked Up Fitness, Rams Head On Stage, Squisito Pizza & Pasta, and Franklin’s Toys were all kind enough to sign on. My family and friends who worked for Nike Lacrosse, New Era, and Clorox also contributed products to the raffles. Attendees could also enter to win free enrollment to a STEP UP camp and a private lacrosse lesson for two, which my sister kindly offered to give. 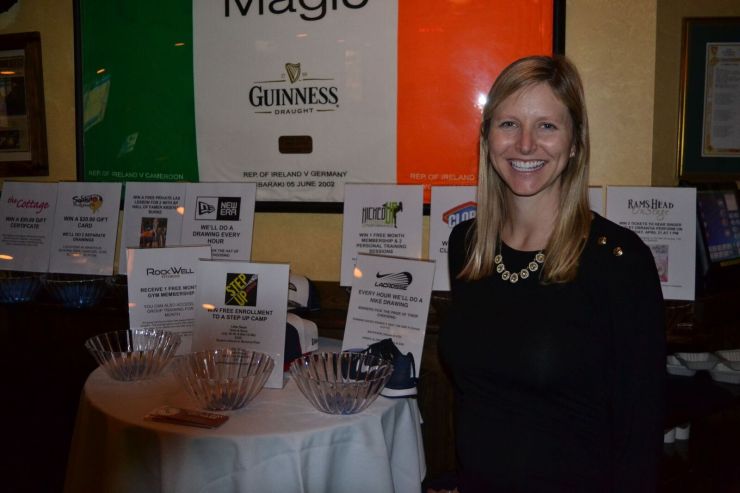 Displays for my raffles.

When persuading local businesses to donate, I noted how they would have exposure with signage at the event, and that they’d be mentioned on STEP UP Lacrosse and my social media pages, and in e-newsletters to STEP UP Lacrosse’s email list. I also let them know that they’d appear in a press release and have the potential to appear in several media outlets, which turned out to be the case.

I began with posting the event on local calendars for news outlets and local Patch pages. I contacted local bloggers and newspapers too. Eye on Annapolis was extremely supportive, posing on their events calendar and website, as well as posting a blog. The And I Thought Ladies also did an interview about my book and event, as well as my newly launched blog, Lauren’s Law.

The Severna Park Voice sent someone out to the event to take photos, and today I had an interview about my event that will run in April. This upcoming article will also give me another opportunity to let readers know they can still contribute to my cause by mailing a check payable to “Step Up Lacrosse Charity” to 609 Captain John Brice Way, Annapolis, MD 21401 or donating through my Go Fund Me Page.

Following the event, I sent each business a thank you email, tax receipt for their donation, and noted all the places where they were mentioned and the upcoming article in the Severna Park Voice. To my hope, everyone wrote back the nicest notes, saying they’d be happy to contribute again in the future.

One of the best and easiest ways for getting the word out about the event was through the Facebook invite. Word-of mouth was a simple way to get friends and family to attend. A member of the Maryland Writers’ Association, I posted on our Facebook page so members could join. I also sent emails to current and former coworkers. What I’m trying to prove is that it’s extremely important to tap into all of your networks when trying to get people to attend your event. 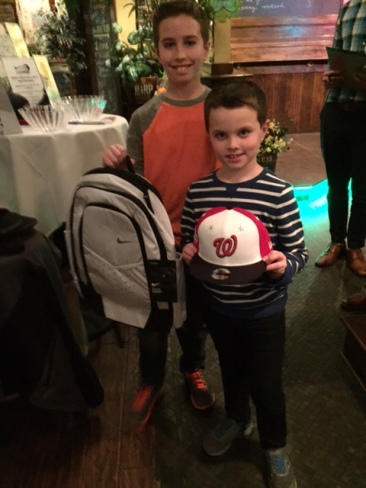 All in all, I’d say my fundraising event was extremely successful. I also did 50/50 raffles each hour during the event, and they were extremely popular. With the raffles, special menu orders, and donations from those who couldn’t attend, I’m now about 1/3 of the way to my goal for self-publishing my children’s book. Now on to planning the next fundraisers!