I’ve wanted to create this blog for many years now. Besides the obvious reasons of putting it off, thinking I’m too busy or the fear of putting myself out there in a vulnerable way, there’s one fundamental reason that delayed me.

The hardest question I’ve ever been asked is “What’s your name?” I know, crazy, but it’s true. I was born with the name Lauren Elizabeth Burke. My mother fell in love with the name Lauren because she adored the actress Lauren Bacall. She wasn’t alone in her adoration, because there were usually several other Laurens in my classes, on my sports teams, etc. 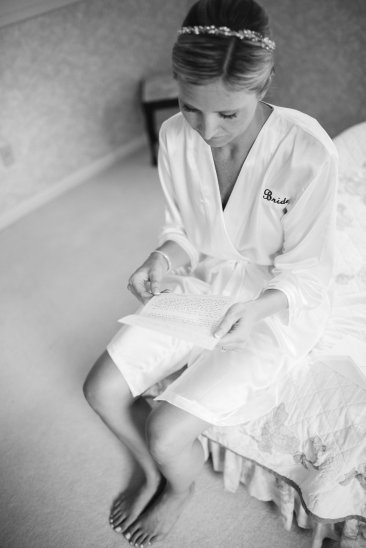 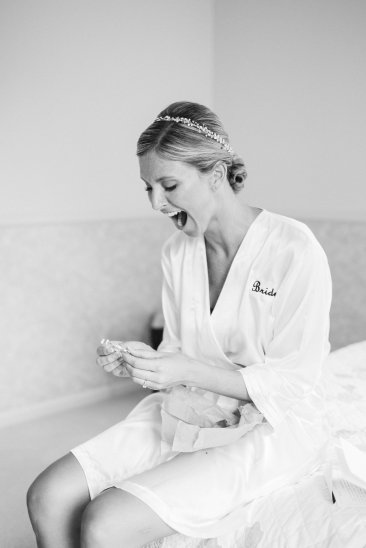 Me somewhat resembling Lauren Bacall on the left vs. who I really am on the right. Our names and hair color is where the similarity ends.

Luckily, or so I thought, a nickname of Lizard for my middle name began, which then added Lizzie, Liz, and even the occasional Liz Bo (aren’t dads funny?) to the list. There was also the short-lived LaurLiz. We’re going to let that one die with AOL Instant Messenger, which was also popular at the time. This confused everyone around me, including myself. Teachers would call me Lauren, and then friends would call me Liz or Lizzie. In college, I had to commit to one, and I picked Lizzie because there was another Lauren on my team. After college, when I entered the working world, I went back to Lauren because it was the name on the paycheck. Let’s just say, I’ve spent the better part of my life identifying with Zoolander, “Who am I?” 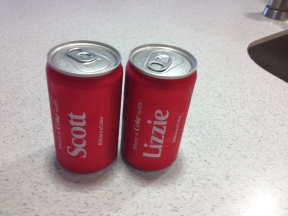 Some of my Lizzie moments

While this serves as a way for my readers to get to know me, it’s also the perfect way to introduce the theme of this blog. Is it Lauren’s Law or Lizzie’s Law? When I got married in 2016, I got my chance to change my name to what worked best. Weighing if I dropped Lauren or Elizabeth, and considering if I hyphenated my maiden/married name, I settled on Lauren Burke Meyer.

While it was hard to lose Elizabeth, and it felt strange to have Burke as my middle name, I couldn’t bear to lose the writing trail of all that I had done with the name Lauren Burke. That was the name that was published alongside my first children’s story “Badge Wars” in Jack & Jill magazine, and the name I used for my first writing gig as a columnist for my local paper, The Capital. It was also the name that I used to build my communications career and recognizable to media members from all over the world. While my middle name and last name get hyphenated from time to time, and there’s still confusion when I introduce myself as Lauren just to have my husband call me Lizzie, I feel good about my name change. And yes, I still answer to “Aunt Lizzie,” “Lizard,” and “Liz.” However, I draw the line at answering to “LaurLiz” … see paragraph above for your reminder why. 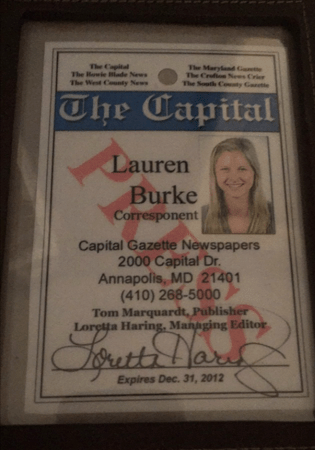 My press badge from The Capital. I wonder if this will be in a museum while I’m still alive because it becomes so archaic.

Now that I’ve made your head hurt talking about names without even sharing the joys of legally changing your name (insert sarcasm here), I’d like to explain the meaning of the Lauren’s Law philosophy. My blog name is a fun play on the well-known adage, Murphy’s Law: “anything that can go wrong, will go wrong.” While negative, this is too predictable and boring for me, and I just can’t relate. One might call our old, dingy Murphy a “Negative Nancy,” “Debbie Downer,” or “Pissy Peggy.” Lauren’s Law is my personal take on his law – how things can and will go terribly wrong at times, despite my best efforts or on the other hand, how things go surprisingly lucky for me. Whichever side of the spectrum the stories lie on, comedy is the central theme. Let’s just say, Murphy’s got nothing on Lauren’s Law.

At its core, I want this blog to be a space where I don’t take myself too seriously, and my readers feel that they can do the same. Thanks for joining me on this journey and be prepared to laugh!